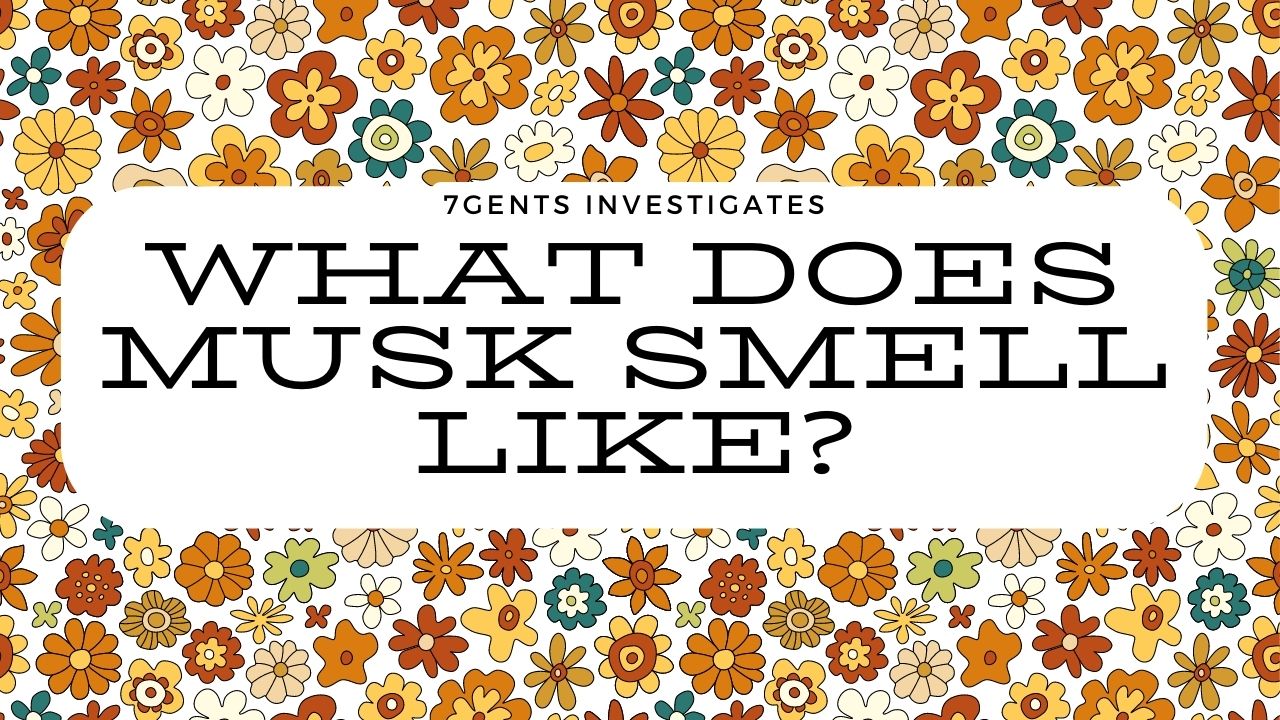 The term “musk” is thrown around a lot in the fragrance community. But most don’t even know what actual musk smells like.

Not all musks are created equal.

There are two main types of musk – black musk (or deer musk) and white musk.

Confusingly, the word “musk” is used interchangeably for both of them. They have different ingredients, and production methods – and don’t smell particularly similar at all.

It’s a little like the difference between regular chocolate and white chocolate.

White chocolate is not “chocolate”, and white musk isn’t musk, either.

What is Black Musk?

Black musk traditionally used to come from deer. It’s the sex pheromone that stags secrete to attract a mate, and was extracted from a pod near the anus (!) of the animal for use in perfumery.

Using actual animal musk is extremely uncommon these days – much to the relief of the stags, I’m sure.

Nowadays perfumers use synthetic musk produced in a lab to imitate the scent.

Synthetic musk was discovered by accident by German chemist Alfred Baur. He was working on improving the explosive qualities of TNT. One of his failed compounds smelt exactly like deer musk, and I’ve seen it listed as an ingredient in about 50% of the colognes I use.

Black musk has an animalic smell. At the outset, you might detect some barnyard, almost fecal notes – but don’t worry, it improves over time!

Within a few minutes, black musk starts to open up and get’s considerably sweeter. Trust me, it’s a really pleasant and evocative scent if you give it a little time to calm down.

I love it, and it’s still got a large cult following in the fragrance community

Having said that, it’s not for everyone. These days we’re used to so many synthetic smells that even imitation musk might be too raw for some people.

It’s a marmite note; you either love it or hate it.

But like a lot of the finer things, animalic notes like black musk or oud, for example, are often an acquired taste. It reminds me a little of when I started drinking straight Tennessee whiskey.

At first, it was too much, overwhelming, and I couldn’t appreciate the nuances.

But now, I’d never go back to using mixers.

What is White Musk?

White Musk is trademarked as a brand name by The Body Shop. So, if you want to sell a musk-based fragrance in the United States, you can’t call it “white musk”.

As such, “white musk” colognes are usually marketed as pure musk, natural musk, or body musk – but everyone refers to it as “white musk” casually.

White musk is the same synthetic musk compound Baur discovered but diluted into a white/creamy liquid. It’s often combined with rose or amber to create a soapy, floral fragrance.

White musk is a light, clean-smelling soapy scent that often includes touches of florals like rose.

It is completely different from black musk, and might as well have been called something different entirely.

I have heard a fair few reviewers say that if you were to remove the animalic parts of black musk, you would be left with white musk. I have to disagree with the idea that white musk is just “cleaned up dark musk”.

In my opinion, even if you just took the sweetest parts of black musk, you would not get the characteristic soapiness in the dry down that most people enjoy.

If you’ve got a few colognes, the chances are you already have a fragrance that is helped along by musk notes.

Both expressions, white and black, are special in their own way. I’d recommend trying colognes led by both of them as part of your fragrance education – you’ll either discover a new signature scent or at least be able to better identify musk notes in your other colognes.

The two I’d recommend you start with are:

Jovan’s Black Musk for Men presents its title note clearly without being oppressive or overwhelming.

This is an airy, slightly fruity take, but not in a sharp or citric way. It’s dry, dusky berries – like blackberry with a touch of juniper.

As the berry fades, the dry down brings out hints of coriander and leather which remind me of Drakar Noir and Polo Sport.

(You can read about Polo sport in our Best Polo Cologne review, by the way)

My only real qualm with this fragrance is the lack of projection. If it were a little stronger, Jovan Black Musk for Men would go from a fragrance I wear on occasion to a regular rotation.

Still, at 3 ounces for 10 dollars it’s an absolute steal.

The original, certified white musk scent. So much so, no-one else can legally use the name.

This fluffy cotton musky fragrance reminds me of woolen clothes in a wardrobe. It’s fresh and clean, and really soothing.

This is the bottle I reach for every time I hop out of the shower in the evening or before I get into bed. It’s perfect for relaxing.

But that said, I don’t just keep it all for myself. That would be selfish.

When I wear White Musk in public, the reactions to this powdery perfection are pretty interesting.

“Wow! your soap/shower gel has so beautiful smell!”

People will notice that you’re smelling damn good, but they’ll rarely figure you’re wearing a cologne. It’s a testament to the subtleness of this clean-smelling fragrance.

Like Jovan, performance is not a strong suit. If you’re looking for a powerhouse that will turn heads when you walk into the room. While White Musk only lasts 2 -3 hours, the beautiful smell makes up for any drawbacks. I’m more than happy to carry it with me and refresh it a couple of times a day.

Here are a few more “need to know” articles to help you along on your fragrance journey: