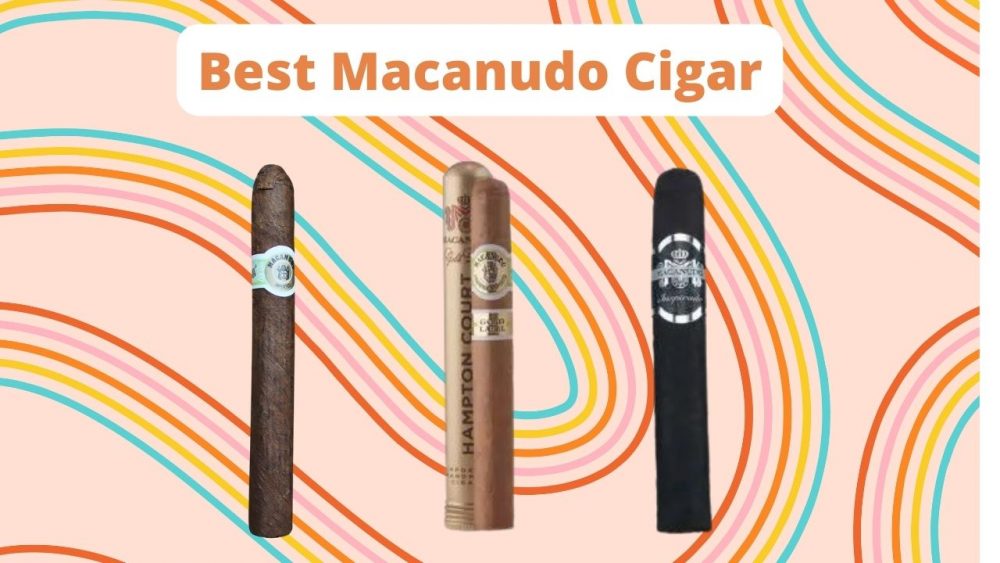 Macanudo is a great intro to higher quality cigars – particularly the Cafe range. These smooth and mild beauties are the definition of easy-going and represent a perfect step up from gas station cigars.

If you haven’t tried them – where have you been? They’re one of the most popular brands in the US today and are known worldwide as a delicious (and affordable) icon.

Very popular, and therefore easy to get hold of online or instore

Perhaps a victim of their own success. This is not the cigar to choose if you want something unique and rare

These smaller cigars are rather delicate, so take care to not give them too much of a battering

Cafe Ascots have a golden brown, silky smooth Connecticut Shade wrapper and come in pocket-sized tins of ten. They do a great job of protecting your cigars from getting squashed, as well as keeping them fresh by retaining humidity.

Macanudo Cafes are a creamy and mild cigar perfect for rookies. There’s enough complexity to keep things interesting, but without overwhelming you in terms of harshness or nicotine.

Instead, you have got soft accords of fresh hay, creamed coffee, and stubble cedarwood. The overall flavor is slightly sweet but in a natural way.

The Dominican and Mexican fillers are a beautiful representation of rich tobacco, but with shades of toasted marshmallow thrown in for good measure.

Put it this way – there’s a reason Macunado Cafes have become one of the most prevalent (and most loved) cigars in the US.

Macanudo Cafes take around 30 – 40 minutes to smoke. Let’s be clear – this is not a gas station cigarillo that evaporates in a few drags. It’s a proper cigar, perfect for a shorter session with morning coffee or with an aperitif after dinner.

I like it for when I’m on the move and don’t have time to plonk myself down for a long leisurely smoke. Situations like road trips, for example.

I was really impressed by the construction and the consistency of the burn and draw throughout the smoke. I sometimes find that smaller cigars can suffer from an annoyingly tight draw, but was pleased to find that was decidedly not the case here.

My only issue was purely self-inflicted. I pulled one of the Cafes from its cellophane a little eagerly, let’s say, causing it to slightly tear. This would suggest to me that the tin is there for a reason; you don’t want to be exposing these stogies to too much rough and tumble.

Anyway, I deployed my best McGyver impression and used a cigarette paper to perform a little in-the-field surgery. It smoked perfectly well from that, and I didn’t find the taste of the cigarette paper to be too disruptive (your mileage may vary – I was a cigarette smoker for 5 years, after all).

Macanudo Ascots at a Glance

A greener, earthier, and less intense version of Macanudo cafes

It will take between 60 – 90 minutes to smoke, so plenty of bang for your buck

Very mild. Ideal for beginners, but may leave seasoned smokers when the bite is going to arrive (hint: it doesn’t).

As a special release, you may find that your favorite vitola is sometimes out of stock

This mild, creamy, and easygoing blend also has a Connecticut Wrapper-  but this time, it’s harvested from lower branches that are exposed to less direct sunlight.

This means the leaves are lighter and contain less nicotine, resulting in a smoother smoke. To the nose, it’s less of a classic Cuban barnyard feel, and more “green” and earthy.

The wrapper itself is golden brown, with a few thin veins spiraling up the barrel of the cigar. As you hold it up to the light, there’s a nice sheen from the residual oils of the plant.

The filler is a creamy blend of Dominican-grown Cuban seed and Mexican leaf. It produces a rich and aromatic palate of light roast coffee, nuttiness, and woodsy notes.

From start to finish, the whole ride took about 60 minutes – but I was just smoking and reading. If you’re at a social event, you can expect a longer session at closer to 90 minutes.

An aggressive, dark cigar that shakes off Macanudos easy-breezy stereotype

Handcrafted with delicious notes of dark chocolate and hickory

Looks strikingly cool. If Darth Vader smoked cigars, this would be his pick.

Not the play for beginners. Go for something lighter, like the Macanudo Cafe range.

Comparatively high levels of nicotine, which may be unsuitable for light smokers

The flavor is not linear, which may not suit you if you like a predictable smoke.

This 2017 release demonstrates Macanudos’ dark side. The Inspirado Black is certainly on the deeper, heavier end of the spectrum compared to the Cafe range.

Despite maintaining some of the quintessential Macanudo notes (coffee, dark chocolate, nuttiness), this is an intense and urgent cigar that is an outlier for the generally mellow and easygoing brand. This time, there are more acerbic notes of hickory and dried fruit thrown in to add some decadent nuance.

Inspirado Black cigars are handcrafted in a striking, jet-black Connecticut broadleaf wrapper. It is the darkest of the range and shines under the light with its density of natural oils.

The build quality you’ve come to expect from all Macanudo smokes is still there. The Inspirado Black burns just as straight, even, and true as the cafe range – which is handy for newer smokers, who should probably take this one a little slower than usual.

The intense Dominican, Nicaraguan and Honduran blend of fillers is strong, so go at your own pace to avoid feeling nic sick.

Where to Buy Macanudo Cigars

I recommend buying Macanudo cigars through Famous Smoke Shop. They’ve got the best prices I’ve been able to find online and are pretty much always in stock.

They also offer a pretty generous returns policy, so you can send your smokes back if you try one and decide they aren’t for you.

The production of Macanudo cigars has a bit of a globetrotting history. They were originally produced in Guatemala, before shifting to Jamaica in 1971. Nowadays they’re made in the Dominican Republic, which makes sense given that’s where the majority of their fille tobacco is sourced from.

Back in the sixties, Macanudos were mainly sold in the United Kingdom. When they were reformulated for the American market, a special effort was made to mimic the Cuban flavor and style, given the public appetite in the aftermath of the 1962 Cuban trade embargo.

This was achieved by using a special combination of Dominican, Jamaican and Mexican filler, encased in a Connecticut shade-grown wrapper.

No cigar producers in the states were using an aged wrapper at the time. This maturation process helped Macunado separate itself from the pack and cement itself as one of the most loved smokes in the States.

Macanudo is the king of smooth and rich tobacco with gourmand notes of cream and caramel.

With Cafes and the Gold Label line you’ll find the touches of earthiness, hay, and cedar that are simultaneously beginner-friendly, but lend enough complexity to keep more seasoned smokers engaged.

For an intro into stronger and more complex Macanudo smokes, plumb for the Inspirado Black. It’s got that bit of extra bite that will have you considering each drag more closely, rather than the mellow, puff-at-will cafes. It’s a little like the difference between a casual glass of wine, or a stiff bourbon whiskey on the rocks.

Better yet, why not try a Macanudo sampler? These convenient selections tend to come in packs of 5, giving you a chance to dabble across various styles and flavor profiles before settling on a box of your favorites.

If you enjoyed this roundup, check out our other guides to help you find the perfect smoke: