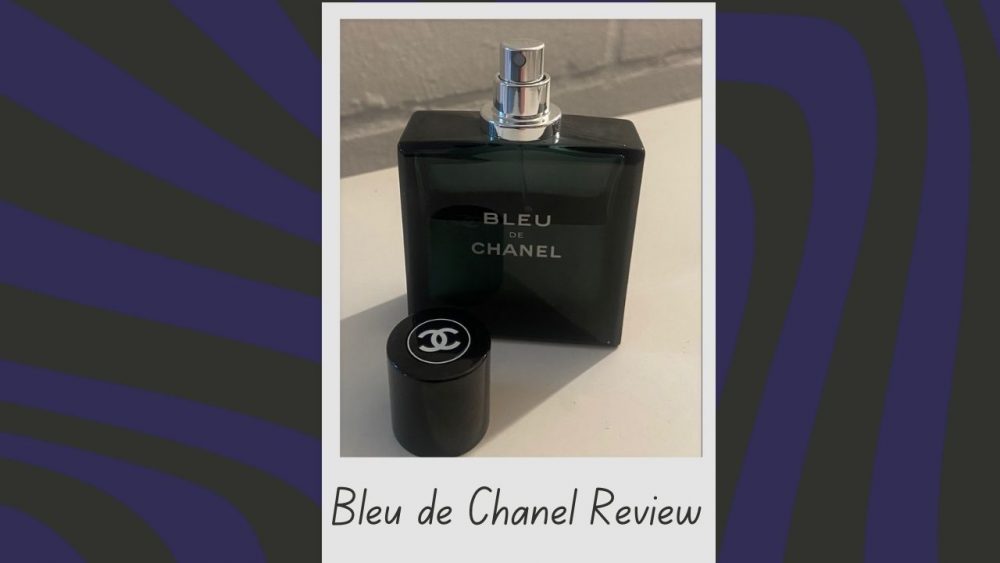 Bleu de Chanel is an intriguing and inviting modern classic.

This well-balanced cologne is distinctive, but not necessarily easy to define. Which makes any Bleu De Chanel review sort of tricky.

It’s somehow spicy and fresh, yet also warm and musky. It walks a fine line between these two senses – and does so with style.

The different facets of the scent fit together like a puzzle. No one thing stands out and overpowers the rest. Everything just fits together mellowly and with aplomb.

Bleu de Chanel starts with a refreshing grapefruit note that makes you sit up and take notice. Combined with incense and ginger, the result is an energizing composition that tingles the nostrils.

In the base, Bleu employs one of the sleekest uses of vetiver I’ve ever come across.

I’ve found that women in my age bracket (late-twenties) don’t tend to go for punchy vetiver colognes. The mature woodsiness tends to be a bit too “old man”.

In Bleu de Chanel, the vetiver is poised against the spicier, fruity elements and they do a great job of mellowing each other out.

It’s a pretty linear scent that remains consistent throughout its lifetime. What you get at the opening is, for the most part, what you’ll be kicking out hours later.

Jack of All Trades… Master of All?

This versatile gem is a safe bet without sacrificing intrigue. You won’t find yourself agonizing over where or what to wear Bleu de Chanel with.

Hanging out with friends in a t-shirt and jeans? Bleu will add some personality.

Pairing with a suit at the office? It’s clean enough for that too.

Is it my favorite cologne of all time? Nope. Is this my most versatile fragrance? Perhaps!

It’s important to note that versatility does not mean generic in this context. Sure, it doesn’t have that one stand-out note that steps out, grabs you by the scruff, and punches you in the face.

It’s an eclectic combination that will adapt to your personality. Bleu de Chanel is special as a sum of its parts, not through some mythical note that doesn’t smell like anything else.

You can be who you want to be, rather than just letting the cologne dictate something about you.

No prizes for the fragrance snobs that say it smells derivative. Well, duh, EVERYONE COPIED IT.

Because it’s a classic.

It helps that this thing scoops up compliments. Even compared to my more expensive niche fragrances (think Creed or Tom Ford), Bleu de Chanel gets plenty of positive attention.

Wherever I’m going, I know it is going to be a success. I don’t just wear scents to impress others, but if people are consistently complimenting, you know you must smell good.

The projection on Bleu de Chanel is pretty powerful for the first two or three hours. I wore it to a BBQ last week, and even with the smoke in the air people were asking me what I was wearing as they came close for a handshake or hug.

That was off two sprays to the wrist and two to the neck – in the office I use half as much. It’s indoor, more formal environments I prefer my cologne to have more of a sub-conscious effect, rather than something I have a reputation for. Bleu de Chanel helps me take myself more seriously and get things done, without feeling too corporate and macho.

Depending on how much I use, Bleu de Chanel will last for anywhere between 6 and 9 hours, with the second half more of a skin scent that won’t attract too much attention.

I don’t usually stop to comment on the bottle itself, but this one is pretty noteworthy. It’s a deep blue-noir take on the classic No.5 design, but the pièce de résistance is the cap.

It’s magnetized so that it just snaps back into place, so the double C’s always flip around to face the front perfectly. It just feels smart and ready to go.

It might sound like a small thing, but it’s a really satisfying feature that you’ll miss out on if you just order a decant.

P.S The atomizer has a lovely even and consistent distribution. It weirdly gives me Macbook Pro vibes – it’s sturdy and premium, and I’m confident it’s going to get the job down.

In the summer of 2014, Chanel released an intenser, parfum version of Bleu de Chanel.

One of my friends has a bottle, so I tried it out to see the difference.

The EDP seemed a little denser, creamier, and probably a little more mature.

I have to say I prefer the EDT for its energizing qualities. The notes feel crisper, and it feels louder and bolder as a result.

While the cozier EDP probably lends itself better to winter or colder weather, I’m not sure where it would fit in as part of my collection. If I’m wearing a winter fragrance, I want it to have warming, spicy qualities in its own right – not just when compared to a versatile cologne.

FAQ – What You Should Know Before You Buy Bleu de Chanel

Bleu de Chanel smells like a combination of grapefruit, incense, and vetiver – with a touch of energizing ginger! It’s a unique blend that works well in plenty of situations.

Bleu de Chanel lasts between 6 and 9 hours, depending on how much you apply. I tend to use 2 – 3 sprays on my neck and wrists.

Is Bleu de Chanel worth it?

Bleu de Chanel is great value for money. It gets as many compliments as designer colognes twice as expensive, and is an excellent way to step up your fragrance game without breaking the bank.

Bleu Chanel EDT is better as a versatile, everyday fragrance that will keep things interesting wherever you are, without feeling attention-seeking.

The Eau de Parfum is a little denser and creamier and is better for colder environments where you need something a little cozier.

Bleu de Chanel is a must-smell for anyone looking to explore the modern classics of men’s fragrance. Accept no imitations, and give the real deal a try.

In the meantime, you might want to check out these guides to help you find and buy similar fragrances: