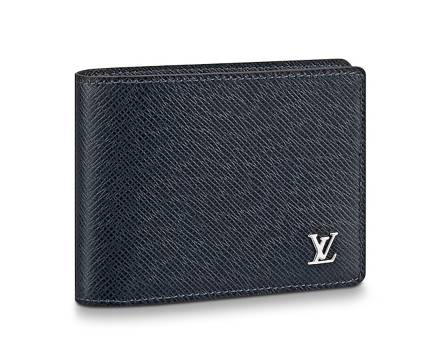 When you buy mens designer wallets adorned with one of the most enviable symbols in the world, that of Louis Vuitton, you know you’re buying something truly extraordinary.

These top 10 Louis Vuitton mens wallets and card holders are the hottest styles out right now. As you browse this list in search for the perfect LV that fits your taste, keep in mind a few interesting facts:

When you’re wearing a sport jacket or a blazer, this is the designer mens wallet you want to pull out. The elegant and instantly recognizable design makes every transaction enjoyable, no matter how big or small.

Out of only two Louis Vuitton long wallets mens on this list, this blue beauty perhaps stands out the most. 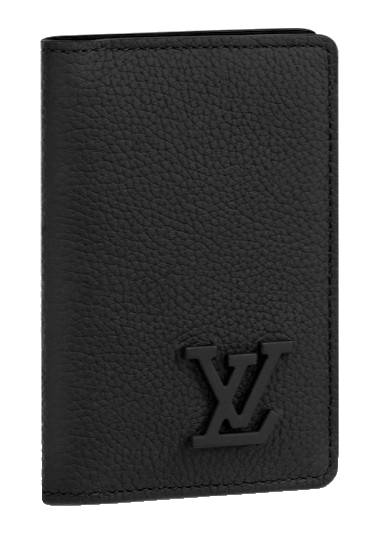 A part of the Spring-Summer 2021 Collection, this bold black pocket organizer from LV is already available.

Made from Taurillion Leather, one of the most understated of the Louis Vuitton leathers, the LV logo stamp gives this new designer wallet a one-of-a-kind look. 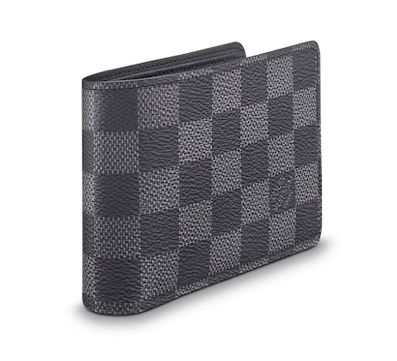 The Damier Graphite canvas is as about as tough as it gets. Subtle, yet bold, it comfortably fits in most in most pockets.  For those wanting a Louis Vuitton mens wallet that just looks tough and without a lot of flare, this may be your wallet. 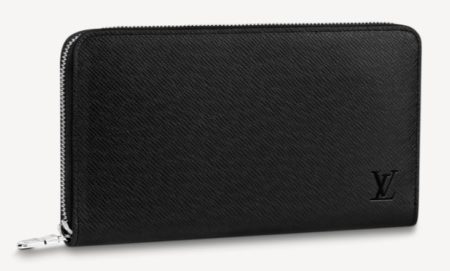 Used for just Louis Vuitton mens wallets and products, Taiga leather is a corrected grain leather. Meaning, it has been sanded and buffed to remove imperfections and then imprinted with a new grain.

You have to love the sleek, elegant look to this LV wallet. Any man carrying this in his hand is doing alright. 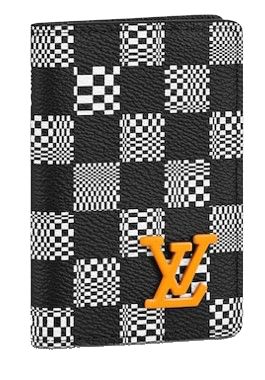 This stunning compact all-in-one wallet is a thing of beauty. Paying homage to Louis Vuitton’s classic Damier motif, this LV mens wallet features a Ska-inspired checkerboard pattern in black and white topped off with a beautiful LV symbol.

This is one cool wallet you can be proud of. Unfortunately, this one is in such high demand, you have to be patient as the availability is in and out. 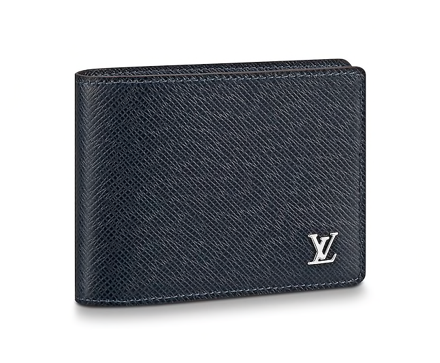 This navy blue multiple wallet version of the one above is perfect for fashionable men who like to keep their wallet in their back pocket, yet love to see the look on people’s faces when you pull it out and they notice that even your wallet is impeccable.

Crafted from the House’s embossed, double-tone Taiga leather, those seeking their first Louis Vuitton mens wallet will find the silver-tone LV initials add a discreet signature touch to the piece. 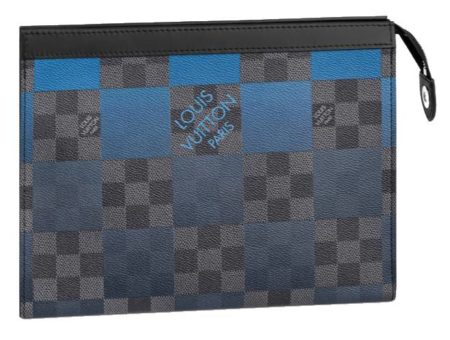 Have a night out on the town and want to showcase some style? Bring your Louis Vuitton slimline pouch with a new take on the House’s classic checked pattern, and it’ll be a brilliant accessory to the right attire. 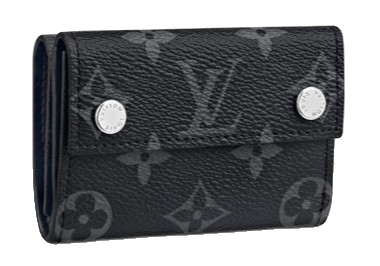 Sometimes you just need something small when you go out. This is ideal if you’re looking a Louis Vuitton mens wallet that you could put a couple credit cards and/or some cash in and put in any pocket. 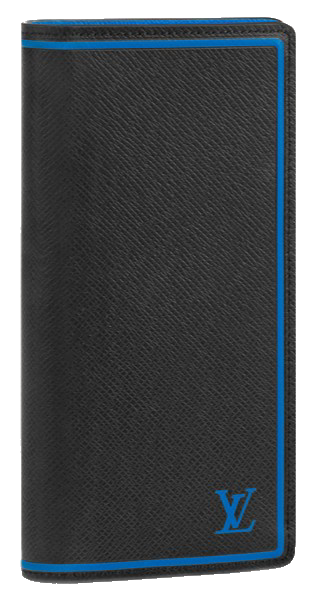 This fun Louis Vuitton mens wallet includes 16 credit-card slots, a large zipped compartment for coins or receipts, and four inside flat compartments for bills. Fits perfectly into most jacket pockets.

This is another one of Louis Vuitton’s men’s goods that is a head-turner. 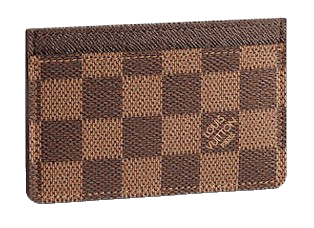 We couldn’t conclude this list without including this simple, yet classic Louis Vuitton’s card holder wallet.

At only $220, it’s a great entry point to own your first LV wallet mens.