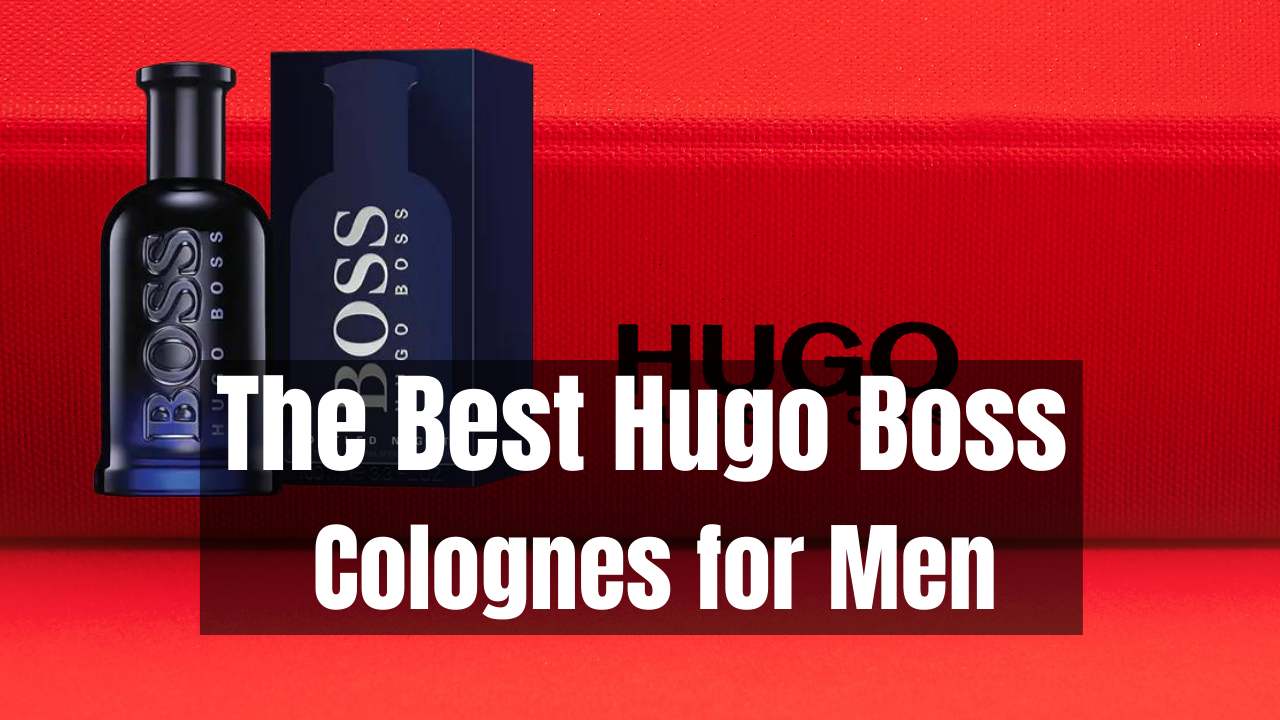 Hugo Boss is normally associated with high-quality men’s tailoring. For over 100 years, they’ve helped CEOs and celebrities to present themselves in the best possible light with an emphasis on professionalism and power.

Happily, the best Hugo Boss colognes are no different!

I’ve been wearing Hugo in the workplace for several years, and below I’ve assembled a list of the fragrances that have had the greatest impact on me. I’ve prioritized masculinity and “go-getting” energy – for me, that’s what Hugo Boss is all about: clinching last-minute deals in the boardroom, before heading out to meet a beautiful lady for a dinner date.

If this sounds right to you, then read on to find the best Hugo Boss cologne for you.

The 7Gents Guide to the Best Hugo Boss Colognes

Hugo Man is a straightforward and energizing cologne packed to the brim with crisp green apple. As fruit notes go, it sustains impressively well and will leave you smelling like an orchard all day. It reminds me of picnics in the woods growing up, with touches of pine as though you’re camped out on the edge of a forest.

It’s casual, carefree, and isn’t trying to win any awards for complexity. As such it’s pretty versatile and would be ideal for daytime dates, office environments or just lounging around the house.

Projection is strong and room-filling for the first couple of hours before mellowing to a more subtle skin scent that you’ll have to be within a couple of feet to detect. 1-2 sprays are perfect for a crisp and unobtrusive aroma- just as long as you’re a fan of apples!

Best for: Getting started. Hugo Man is budget-friendly and is a useful jumping-off point to sample some of the most popular notes in the Hugo Boss collection

Best for Romance – Boss The Scent: Pure Accord for Him

Pure Accord is a little heavier than Hugo Man. It’s a spicy and sensual blend that offers a modern twist on typically seductive aromas.

The unique element here is a heavy emphasis on Malinka, which cuts through the sweet, dried fruit top notes nicely.

In the base notes, there’s rich chocolate and coffee, which help position The Scent Pure Accord as a decadent choice rather than just ‘pleasing enough’. It’s a winning combination of silky and energizing, so despite its considerable projection, it’s unlikely to draw gasps of offense when you walk into a room.

This subtlety makes it ideal for an office environment, but also for a low-key date where you’re not looking to blow someone’s nose off. There’s personality here, but it’s refined and quietly confident rather than obnoxious.

Just be warned- you’ll probably have a queue of people asking where they can pick up a bottle for themselves.

Best for: Modern seduction. This is your go-to guide in masculine maturity without compromising on energy and vigor.

It’s similar to Hugo Man in the sense that the dominant accord is fresh apple, but it’s more rounded and akin to hot apple pie with a touch of cinnamon and spiced cloves. There’s a warm woody base of masculine sandalwood and cedar that persists throughout the day.

It’s a fine balancing act between the fresh fruity notes and the aromatic wood, but one that is pulled off with aplomb.

This intense masculine fragrance would be well suited to young professionals lining up their first few big deals. The top-tier longevity lends itself to those on a budget as you can get a lot of mileage from just a couple of sprays.

Not too sweet, not too dry – this is a versatile scent for those making their first foray into the world of fragrances,

Best for: Feeling powerful in the office. This is just the scent you’ll need to seal deals in the boardroom with an air of confidence and poise.

Hugo Boss Orange Man is playful and bright, with a youthful aroma that suggests energy and optimism. The overriding accords here are juicy and sweet, with mandarin and apple popping in the top notes.

There’s a punch of spiciness in the heart from peppery notes and a hint of gourmand vanilla that feels sophisticated and luxurious. Smokey African Bubinga wood lingers in the base to add some necessary masculinity and bite.

This fragrance is going to grow on you. The first time you smell it, you might think “this is fine” – but by the third or fourth, you’ll have a new favorite. Because it’s a little atypical, Orange Man is a fragrance you could easily make your new signature scent.

It lasts a long time, with around 6-7 hours longevity in my experience. However, the projection here is not proportional, so if you’re after a fragrance that screams “I Have Arrived” when you walk into a room, you may want to look elsewhere.

If you find yourself enamored with Boss Orange Man, you might look to graduate to CK Shock, another staple orange scent. It’s fairly similar but steps things up a little with more complexity and nuance.

Best for: Making a statement with a signature scent. Set yourself apart with a fragrance that is uniquely ripe and juicy.

The nighttime is the right time. If you’re looking for a fragrance that is effortlessly sexy but not overplayed, look no further.

The heart contains intense African violet and borders on floral sweetness but in a decidedly masculine way.

In the base, you’ll find woody birch which brings everything back down to earth. There’s also a sense of rugged black leather and a fair dollop of sensual musk which helps steer the floral notes back towards seduction and allure.

Bottled Night is a romantic scent suited to candlelit dates, but it wouldn’t be shockingly out of place in more platonic environments if applied conservatively.

Longevity here is fairly middle of the road, with the smokey darker elements sustaining for between 6-7 hours.

The projection is soft to moderate, so you’ll have to get up close to really raise eyebrows- which is a bonus in terms of its versatility, perhaps isn’t going to garner many compliments beyond those of the beautiful lady on your arm.

Best for: Impressing a beautiful date over dinner and wine. This cologne is sophisticated, suave and will fill you with confidence.

The iconic Hugo Boss burst of apple is front and center here too, coupled with bergamot and creamy vanilla in the top notes. The heart opens up with spicy notes of cinnamon and cardamom which lend a fiery masculine attitude. Hugo Boss mentions pepper as an inclusion, but I’m not quite able to pick that out here.

Compared to regular Boss Bottled, Infinite comes off much more dynamic and modern with notes of leather and smoke unfurling in the base notes.

It’s not just crisp and fresh apples- there’s more complexity here. If you enjoyed one of the more straightforward scents in this list, Bottled Infinite would make a great choice for trying something a little more nuanced and refined.

The nose behind this cologne, Honorine Blanc, was on the team behind Yves Saint Laurent‘s smash hit Black Opium.

Unfortunately, the longevity is anything but Infinite- it’s below average at best. You’ll likely achieve 4 hours of meaningful projection, but if you’re happy to reapply throughout the day you’re going to be rewarded with an aroma that demands respect.

Best for: A whole lot. This is a really versatile scent that would work as well at a quarterly meeting as it would on a night on the town. It’s mature and professional without lacking personality.

How do we talk about fragrance notes?

Fragrance notes are split up into three categories: Top notes, middle notes, and base notes.

These fragrant elements must relate well to each other for a successful cologne. These layers describe the tapering-off period of particular notes as the fragrance loses intensity throughout the day.

But what about strength?

We talk about strength in terms of longevity and projection.

What kind of colognes does Hugo Boss offer?

Their range is diverse and offers something for every occasion, and always with a tilt towards simplicity. They don’t overcomplicate things, which is a welcome trait in an increasingly convoluted landscape of companies increasingly anxious to hit upon the ‘next big thing’. Sometimes, less is more.

How should I apply Hugo Boss colognes?

Hugo Boss colognes have good longevity and projection, so you don’t need to douse yourself! This is always welcome, as it makes your bottle last longer and your dollar go further!

As a rule of thumb, I’d recommend 2 sprays for the office or university, 3 for dates and 4 if you’re at a club or busy bar.

Where can I get Hugo Boss colognes?

What to do next

Hugo Boss’ meticulous attention to detail extends to their range of fragrances, which consistently top bestseller lists and regularly outperform some of their more expensive competitors. In the fragrance community, the reputation of Hugo Boss colognes has morphed from an optional add-on to a reputable “must-try”. Give one of our top picks a go today!

Interested in more men’s tips? Check out these guides: 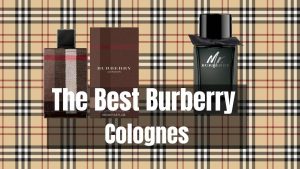 The Best Burberry Colognes & Fragrances in 2022 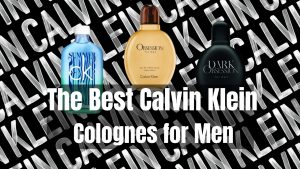 The Best Calvin Klein Colognes for Retro Simplicity in 2022 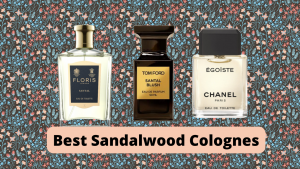